Fish farming has been identified by Aker Solutions as a market with several interesting prospects. Aker Solutions has together with Norway Royal Salmon developed the design for Arctic Offshore Farming’s harsh environment installation. Today’s contract means that the company will now also make its first delivery of such facilities. The value of the contract is approximately NOK 40 million.

"We will leverage our expertise and capabilities from the oil and gas industry also in other markets. Our ambition is to grow our renewable projects and low-carbon solutions to count for one third of the revenues by 2025, and two thirds by 2030. We are currently pursuing prospects within offshore wind power, carbon capture, fish farming and several other solutions. The new contract for Arctic Offshore Farming shows that we can be a relevant and competitive contractor for such markets," said Karl-Petter Løken, executive vice president, renewables, at Aker Solutions.

Arctic Offshore Farming’s facilities are currently being prefabricated as four separate sections at the Fosen Yard in Emden, Germany. During the first quarter 2021, the modules will be transported on a barge to Aker Solutions’ specialized yard in Verdal where the four sections will be assembled to two circular fish farming units. 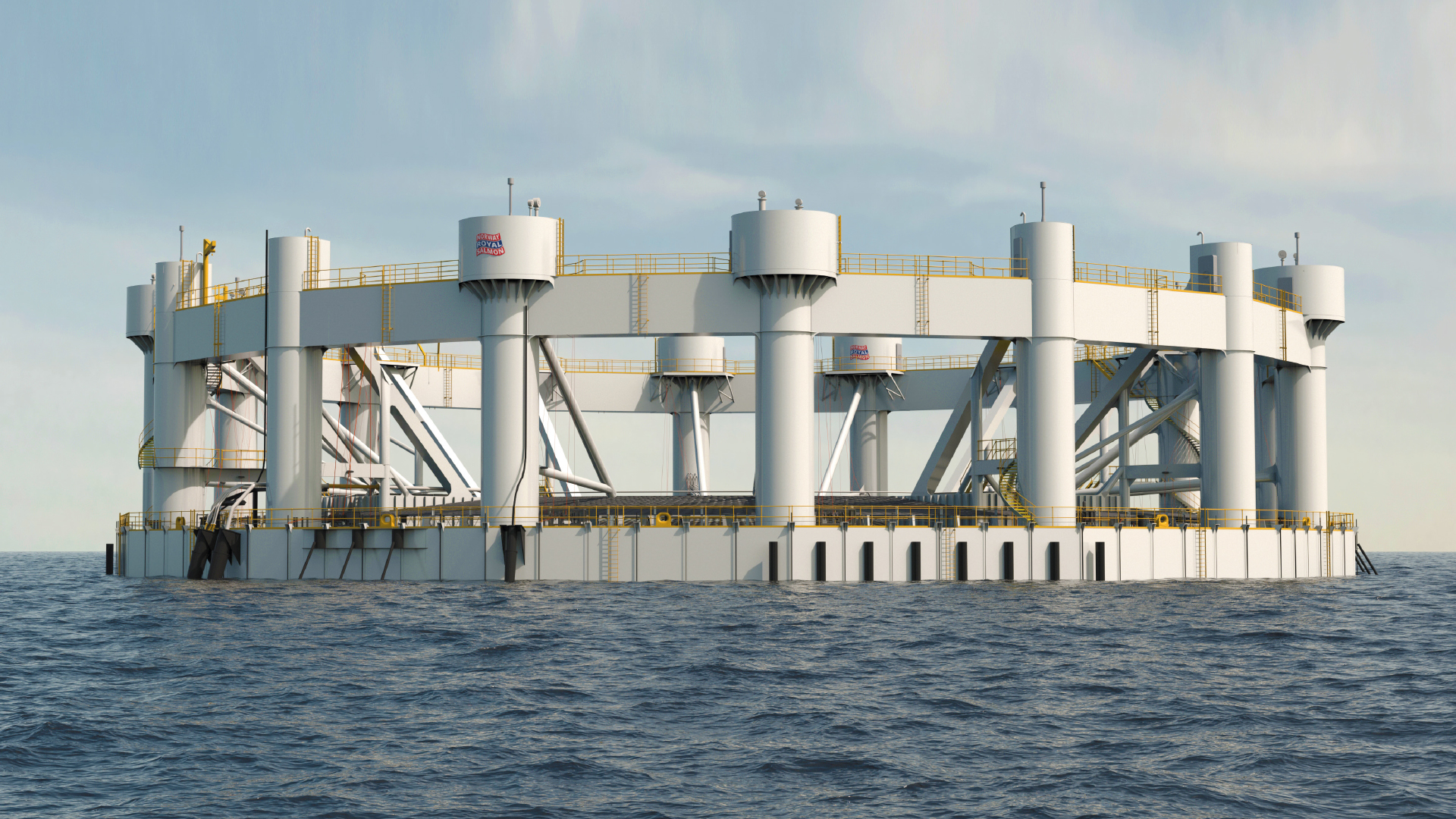 The fish farm weighs about 3,800 metric tons and has a diameter of 80 meters.

"Arctic Offshore Farming is a development project by Norway Royal Salmon and is an important project for further growth and to maintain NRS as one of the world’s leading producers of farmed salmon. Arctic Offshore Farming is a project that will bring us into the future for facilitating environmentally sustainable salmon farming further out at more open sea. We believe it is important to work closely with the traditional suppliers to the aquaculture industry, as well as aligning typical marine and offshore suppliers with decades of experience from exposed waters and developing a competitive national network of suppliers and contractors for the future aquaculture industry. Bringing Aker Solutions' facility in Verdal into the project for assembly of the two steel cages together with the design team in Aker Solutions, a wide range of partners and suppliers, and the fabrication contractor Fosen Yard, is in all interests creating a successful salmon farming facility with Arctic Offshore Farming," said Knut Engene, senior vice president, projects, at Norway Royal Salmon.

Aker Solutions' scope includes preparatory activities for the fabrication, receipt of components, assembly, services to Arctic Offshore Farming and their suppliers, as well as preparation for sea transport. Each of the two fish farming units weighs about 3,800 metric tons, has a diameter of 80 meters and a height of 22 meters.

Preparations for the project start early 2021. The activity will be at its highest in April and May when around 50 employees will be working on the project. The fish farming units will be installed at the Arctic Offshore Farming location outside Tromsø in Northern Norway.